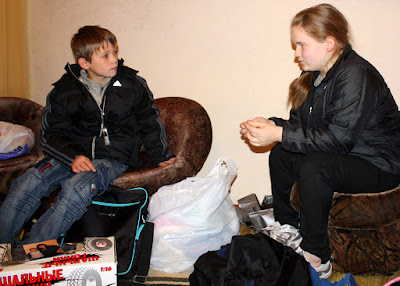 So, tonight Nastia and I got a call from D. He wanted to tell us that he is ready to go to America, and can we pick him up tomorrow. 'Early!' he added. Way to break my heart, kid!

D has diminished cognitive skills, as we knew and continue to see as we get to know him. That's ok with me, but it does make it difficult to explain things to him. We explained that it is a long process and he won't be coming home with us just yet.

'What do you need to do?' He asked. Nastia told him that it involved lots of paperwork, and also Russia saying yes and him saying yes. " I say yes!" he said enthusiastically. Yes, Nastia explained, but there is more that needs to be done.

" So, we will leave next week then?" He asked. Ugh. I didn't know whether to laugh or cry. I laughed.

Nastia explained that, no, we would not leave next week.

No, Daniel , not Novom Godom either. Later. Nastia told him.

Nastia very patiently explained that it is a long, long wait, but he must be a good boy and know we will eventually bring him home. 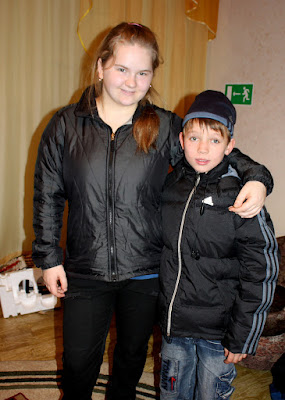 ' Ok. ' He then asked if he could visit us here in Kemerovo this week. We told him we'll ask. He said " Nastia, the girls really want earrings." She told him we knew that. " They keep asking me to tell you about earrings!" He said and laughed. I think he is enjoying his new celebrity status.

We asked if he needed anything. ' No' he said. ' Well, maybe pants. I think I need pants.'

Do you or don't you? Nastia asked with the audible frustration of a true older sister. It was a little comedy routine for awhile. He asked if he would sleep on a bed or a couch in America. He asked if the people were as nice as they are in the movies. He asked if the food was good. They went back and forth about a good number of things, until Nastia finally said she was tired.

"Ok! Then I will call you back in the morning. Spokone Noche Mama and Nastia!" He said cheerfully, and let us go.

And he called me mama:) 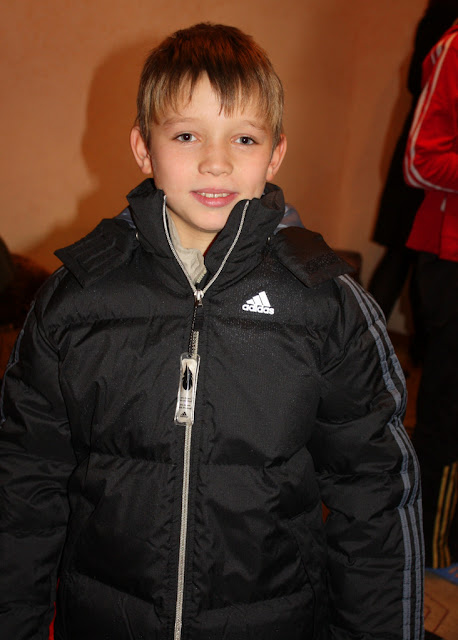