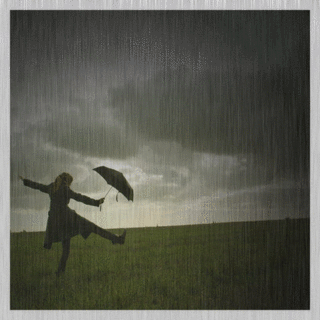 On election night, Ariella was rushed to the hospital after a neighbor called 911. N had, once again, left the baby alone in the house while she left to go job-hunting and to use a payphone. A neighbor heard horrible screams coming from the dark apartment, and went in to find the baby lying alone on the couch. And she was purple. It's hard for me to even write that. I will never ever understand why DSS didn't remove the children weeks ago. Ariella wouldn't have had to endure two more weeks of being abandoned. My daughter and I had her on Friday and Saturday, but Sunday N was unreachable, and Monday I had to work a long day. Remember, she does not have a phone, so in order to reach her I actually have to drive over to her apartment (and hope her husband is not there.)

So, while I was celebrating at my house Tuesday night, my friend J came over and informed me about the baby. I called the hospital and reached a really wonderful ER doctor. I explained who I was, and he said, although he wasn't really allowed to give out any info to non-family members, he wanted me to know that the baby would be ok, and that he was taking very good care of her. I left my name and number for the DSS crisis team that would eventually arrive there. And then I locked the door of my room, and cried. I didn't want my daughter to know what had happened, and I certainly didn't want to involve the house full of people that were over for my election night party. I wept hard into my pillow and then pulled myself together and rejoined the party.

Yesterday I was on the phone all day trying to reach DSS and get any info on the baby. No one returned my calls. I tried again today. Same thing. I just want to hear that she is ok. I do know, from J's friend, that Ariella and her 2 year old sister are in DSS custody. I do know that N snuck out of her house last night with all her belongings and that some older woman (her aunt maybe?) picked her up in an old car and drove away under the cover of darkness. I am pretty sure I will never see her again. N was so terrified of being deported, and knew her husband had called immigration, so I think it's fairly likely that she has gone into hiding. There is no way for me to find her.

Before she left, N somehow managed to drop all the things I had bought for the baby on J's front steps. Everything: clothing, port-a-crib, diapers, wipes, bottles, nipples. It is all at J's house. I don't think I will pick it up for awhile. I know it will just feed another rainstorm of tears.

So onto the silver lining: I knew there would be one. I knew that some good could come out of all this heartache. I thought about it, prayed about it, and talked to my daughter about it. Then I called the DSS foster parent hotline today. I told them I was interested in getting certified as a foster parent (for infant care only.) They are having a social worker call me tomorrow. I always knew it was something I wanted to do, but I didn't think Anastasia would deal well with it. But I actually called at her prompting. She asked me yesterday if there were any way we could have a baby in our life again.
"Not kids, mom, I know I'll get too jealous, but a baby. I want to help a baby."

I have watched her interact with Ariella the past few weeks. And I can honestly say I have never seen anyone her age so devoted. She tended to every need with such love. I knew she had cared for (i.e. protected) some of the younger ones in the orphanage. But there were no babies there. She had never experienced spending time with a baby until her cousin Tommy was born. And now, with Ariella. I really think she saw herself in Ariella. She would even reprimand me for not holding her correctly or for other assumed infractions. Even when Ariella was inconsolable and I was ready to tear my hair out, Anastasia gently rocked her and told her, over and over, " It's ok, honey, you are safe. I am here for you. I will take care of you."

These are the exact same words I've said a thousand times to her, in times of great sadness or fear, these past four years. How lucky I am to hear her pass them on...
Posted by Keri at 8:24 PM