Deeper Down The Rabbit Hole... 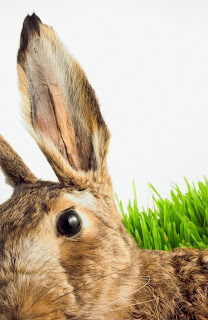 The more I talk to N (the mom of the past few posts), the deeper I feel I'm falling into this endless rabbit hole. I have to be careful about which things I post here. Still, I'm sharing what I can because I think it is only right that the world hear these stories. Even if it's my little blog world. At least someone is hearing and, hopefully praying and sending light their way.

N went looking for her mother yesterday. The mother who abandoned her, the mother who later disowned her, the mother who cut all ties with her. Yes, I know there is more to the story and that this mother feared for her own life. ( Her husband had forbid her contact with N five years ago.) But this is a mother we are talking about. Anyway, N spent the entire day trying to track down this mother, whom her sister had said died in May. N says her heart told her that her mom was still alive. In a last minute reprieve, the sister (out of guilt, I'm guessing) brought the mom to the train station at 7pm to see N before she headed home. They had a 15 minute reunion on a train station platform. N said her mother was bald, skinny and very aged. (She has advanced breast cancer.) From what I could gather from N's rambling, her mom is going into hospice care soon. When I picked her (N) up at 9pm at the train station, she climbed in my car and just wept. My daughter was in the back seat with the baby and kept stroking N's arm telling her it was ok, that she had a bad birthmom, too, etc. It was very bittersweet to watch my daughter comforting this young mother. She told her over and over " It's ok, you're safe now, It's ok." These are the words I use to comfort her when she is crying. So incredibly sweet that she used the same words for N.

N came home with us, because she was too scared to go to her home. We had heard from a neighor that her husband was uncharacteristically home, with the lights on, sitting on the couch...for hours. He was obviously waiting for N. We made up Anastasia's bedroom for her and the baby, stayed up and talked a bit, and then went to sleep. In the morning more sharing happened, and by 1pm she said she was ready to go home. I did not think this was a good idea. I knew her husband would be very angry by this point. She insisted, so I called to inform the neighbors so they would be ready to help her. She had me drop her off with the baby a block away. I tried to get her to keep the baby with us, but there was no convincing her. She felt she had to confront her husband about everything before she could, in good conscience, get a restraining order. Nothing would convince her otherwise. I called the advocacy group and DSS immediately, and I went to my friend J's house , so I could be nearby if she needed help. Within ten minutes we heard three cruisers racing down the street. They stopped outside of N's house. I was terrified. However, it turned out that a neighbor had heard screaming, yelling and banging and called the police. When they got there, N refused to tell them anything and after 20 minutes, they left.

This morning I had confronted N about some facts I had learned. I heard that just 2 days ago the husband, in anger had thrown a heavy ceramic mug at her head - she had ducked, and it hit one of the twins in the eye socket. She denied it and denied it, but I wouldn't let up. She finally admitted that it had happened, but that it was her fault. He had been angry because she was talking to "white women" in the neighborhood. " If I no talk to people, he no throw that."

Tonight my friend J went to the house with her boyfriend and insisted on seeing the twins. The husband was gone & N was scared to let her in. " They tell father everything and he be angry." She said. J would not go away until she saw those kids. Finally, N let her in, and she and her boyfriend went up to the room where the twins are kept. She had snuck in food in her purse, and the kids wolfed it down as fast as they could swallow. J asked them if they knew it was wrong for them to be kept in that room all the time. They said they had to stay there, or their dad would be angry. She saw the gash on the boy's eye socket and asked him about it. "oh, I just fell." He said. J told him she knew what happened and that it was ok to tell her the truth. He looked at the floor and would not answer. The girl, too, had a bad cut on her face. " I fell, too" was her response.

Tomorrow J, another neighbor and I are going to bombard DSS with all this info. We are calling the police, too. We are not going to stop until SOMETHING is done. This is ridiculous. These kids are prisoners in their own home. They are not fed, they are not cared for. N is so traumatized she cannot even get herself to take out a restraining order. She would rather live with the abuse she knows than enter the unknown. And the baby. What happens to the poor baby?

I can't think about it anymore because it's too painful. I give it up to God. God, PLEASE take it. Please get these kids out of that h*ll-hole. Get N the help she needs. Get the husband OUT of there.

He told N on Saturday morning that he knew what she was doing and to "just wait till Monday." He told her last week that he would kill her if she told anyone else "his business." The police know this, the advocacy group knows this, DSS knows this...and still those children and that mother live there in fear.

Last night N was sitting in Anastasia's bed feeding the baby. I asked her if she needed anything else. " K, I sleep on floor every night with my baby. I no need nothing. This what you give me very good." I tried to get her to stay tonight again, but she said no.

Tonight I am in my palace of a house ( that's what it feels like now) and I will sleep in my warm, comfortable bed, with a full stomach. Only five minutes from my house, N sleeps in complete squalor, on the floor with her baby, with an empty stomach. Upstairs from her sleep two children in a dark room with no blankets, no pillows, on two urine stained mattresses, The shades are drawn down, the door is kept shut, and they will remain there until SOMEONE rescues them. God help them. Please pray.
Posted by Keri at 8:47 PM