To Answer Your Question: 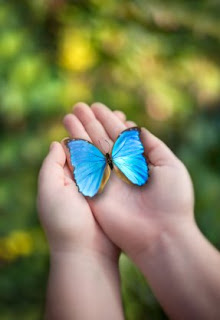 Yes, I took my daughter out of school. Three times actually.

The first two times I was too scared to really follow through with homeschooling for good. Too many people I cared about hated the idea. Too many people had far too many negative things to say about it. And so I caved. I sent her back. The second time was no better. I knew my daughter was in her own private hell, and yet I sent her back and coerced her every which way to stay. It was not until she was literally hurting herself that I realized what a mistake it was to return. This third time was our mutual and definitive choice. She would not be going back.

I'd like to tell you the thousand reasons why this choice works for us. I'd like to share the magic of our decision with you. It has been nothing short of life-changing for both of us. But, I'm not ready to pour my heart out again. I'm not ready to be criticized and questioned about our choice again -- at least not yet. I'm getting stronger, but the questions and criticisms play right into my fear of being a bad mom. I so want the very best for my girl, and I don't appreciate the feigned concern of others for her welfare. It puts me on the defensive when I'm not ready to fight. I'm too busy living and learning with her. I'm too busy watching her spread her wings.

So for now, I ask you to go read this amazing post. It's from an unschooling mom who already found her footing, and she speaks it oh so well. Her post is my answer to why I homeschool my daughter. I may not have climbed a literal mountain with my girl yet, but we've had those same kinds of days..lots of them... and she is learning so much more than she did in the prison of a classroom.

And yes, it may seem a strange choice when I'm a teacher myself --an educator, though I hate both of those misnomers. I would rather be called a door-opener or a light-shiner or a wisdom-sharer. I don't believe one can really teach, per se. But that is the name the world gives what I do, and I have to use it in the same way one uses foreign currency - needfully, but also cautiously and uncomfortably.

I do not have to rationalize for myself why I walk into classrooms every day when I see them as prisons. I love sharing what I've learned with children, and the children are, for the most part, in schools. So I go there. But I do not play by the same set of rules. I'm lucky that way. As an "artist-in residence" I am allowed to change things up, turn lessons upside down, move desks to the side, sit on the floor, run and jump and laugh loudly -- get kids reciting Shakespeare while standing atop a desk, or held in the air by a few friends, singing, rhyming, blurting out words that taste new in their mouths. Of course I'd rather be doing this outdoors under the trees or while hiking up a mountain or skating a pond -- but at least I give them a little break from their monotony. A little taste of the magic of learning.

Anyway, I could write pages on this subject. It is what I'm most passionate about. Someday, after my daughter is grown and I have the time, I will devote my life to education reform. For now, I work to reform one class at a time, one school at a time. And then, each day, I come home to my daughter and we head to our classroom of woodland paths or beaches, museums or libraries and even, sometimes, foreign countries. A much better way to live.
Posted by Keri at 12:43 AM