I have seen quite a few attempts at English locally that really crack me up. The ad on tv for  "Baby Supermarket" never ceases to make me smile. It is a local mega-store for all things kid related, and the sign is written in Cyrillic but made to sound out " Baby Supermarket." Everytime the ad comes on, I think "Wow! so cool! We can just skip the whole adoption route and pick up some babies right downtown!"

Then there is the menu item at a local cafe that tells me in English that  "tea has been enjoyed by Siberians for 100,000 years and counting." Now, that may be true....but I'm doubting it. In the same menu you can buy gum, cigarettes and toothpicks with your meal.

There is one tv show I absolutely hate. It's called "Love is Blind" or something like that. In it, they bring two total strangers together to meet on a first date but --get this-- they meet in a room void of any light source, and we, the audience, watch their antics via infrared camera. Its pretty much as disgusting as it sounds.

Another one I find disturbing but a little fascinating is a show called " It's True". Its kind of a Maury Povich kind of show with a little " Who wants to be a millionaire" thrown in. A family comes on and one is put in the hotseat. They are offered a sum of money to tell the truth about a family secret. Then, they keep being offered larger amounts of money for bigger and bigger secrets until they reach their limit. The worst part is that after they share a secret, the other family members are forced to go up and show their support with hugs and words of support. It's mortifying! On the last episode a mother was forced to admit she thought her daughter was ugly. It was awful!

There are English phrases on tshirts everywhere, and some of them are so random I'm tempted to buy them and bring them home for my students! Anya was wearing one today that said in graffiti style letters "Put on your shoes". Umm, what?  I saw another that said "Kitten Power" but had a picture of a bullseye. Hmm...

So. I'll leave you with some interesting photos I took today at the park next to our building. Enjoy!

This weird visual is just outside our building, on the edge of the river. I think the cosmonaut is supposed to be an art installation. 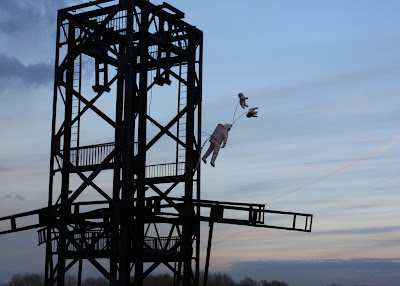 Abandoned building that I totally love. Want to direct a Shakespeare play here.
Can you guess which one? 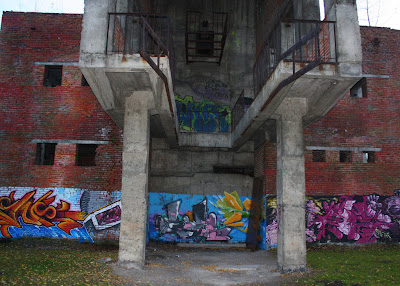 There are scary plaster faces on cement poles in the park, and although I do not like them, they are haunting for sure... 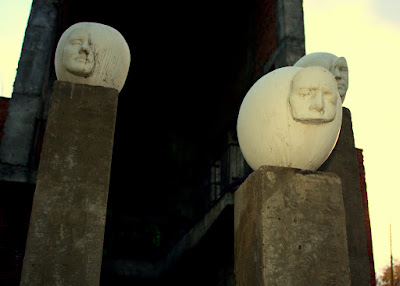 I'll leave you with a cute photo of Anya that Nastia took, so you won't have the scary plaster faces lingering in your head all day.... 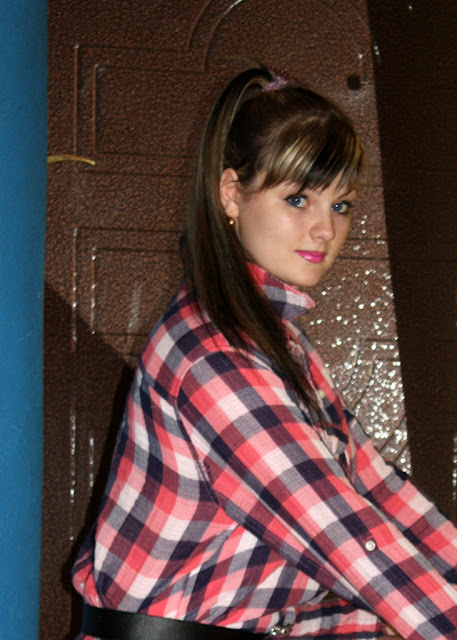